Let’s start with an introduction. Who is Lea, and how come you ended up taking care of us official bloggers during NEXT 2012?
I work for pr://ip, a public relations agency and communications consultancy. We call ourselves “ambassadors of digital business”, since we help specialized tech companies to get across their ideas to larger audiences and we draw attention to the famous “ideas worth spreading” of the digital business in Germany. pr://ip has already been responsible for the communication of NEXT Conference 2011 and this cooperation was extended into 2012 for the official blogger program. I was pretty thrilled to be involved in NEXT12, since NEXT11 had really impressed me and now I had the chance to get even closer to the action! For personal info, my twitter bio pretty much sums it up… Tell us a bit about why NEXT 2012 chose to have official bloggers, so many (40!), and how you found them?
The international focus has grown more and more important: In the last years, the NEXT has established itself as a major European conference for digital business – it has, for example, partnered with The Next Web in Amsterdam, TechCrunch and Wired UK. The blogger program was meant to emphasize and support this strategic shift across Germany’s borders. This called for a rather large international blogger community with a strong commitment to the NEXT conference topics and a certain reputation within their country’s tech/digital scene. Finding the right bloggers was an exciting process that actually changed and extended along the way. Here are some of the initial questions and key criteria that guided us:

Has the blogger been to NEXT before?
Are the blogger and/or the blog itself influential – globally, across Europe or in
a specific country?
We compared mentions, Twitter and Facebook communities, site rankings and visitor statistics in order to get a clear picture.
Has the blogger covered one or more of the most important European tech events (LeWeb, Paris, The Next Web, Amsterdam, London Web Summit, Dublin Web Summit, Lift, Genf, SIME, Stockholm, PICNIC, Amsterdam) or other highly influential events (for example SXSW, Texas)?
Do the covered topics fit the conference perspective? (This question, for example,
lead to the exclusion of all “pure” gadget blogs)

Of course not all good bloggers have had the chance to build a portfolio and reputation
like that. We also sought advice of international peers in order to identify the “hidden
champions”, and there was an application form on the NEXT website that everybody
could fill out to “get on the radar” (we just didn’t communicate this opportunity actively
because it was not our main way of acquisition). It sounds like you really spent a lot of time finding us! I was impressed by how you handled the information prior to the event to us, we got advanced information about all press releases and other news that you were going to release to the public. Why did you choose to do that?
This also had to do with the new NEXT blogger policy. With the decision to choose “our” bloggers (instead of an application process similar to the press accreditation) we actually narrowed down the number of bloggers (from about 60 in 2011 to 40 in 2012 – while still increasing the number of international bloggers). The NEXT felt that with this shift and with greater demands concerning the commitment of the official bloggers (for example the frequency of posts prior to the conference), there should be more support in identifying topics or newsworthy developments even before the event. These efforts will probably be intensified next year. What would be your advice to others looking to work with official bloggers for an
event?
There are three things that I’d suggest:

a) Put time and effort into drawing your blogger program. We actually experienced that motivating bloggers to post about NEXT beforehand was rather time-consuming – no wonder, since it was not explicitly included in the program rules. Organizers must be very clear about what they expect from their bloggers, so they need to draft the rules carefully.
b) Look for native or well-acquainted peers that can help you evaluate the importance of certain blogs or writers in your target regions. This point was crucial in finding the right bloggers for NEXT Berlin 2012, too, so a special “thank you” goes to Anja Rauch, Erno Hannink and Adam Tinworth, who supported our research starting as early as December 2011.
c) The last one is simple: Ask the bloggers what will make them happy – and listen to their answers. At Next Berlin, connectivity is dismal. Ironic, after Rene Obermann’s speech about the same 😛 #next12 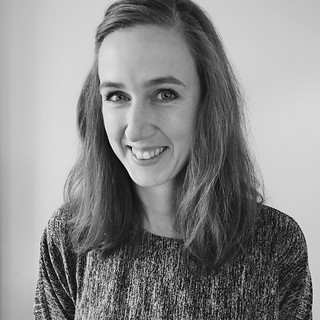